The short-version of my life is: 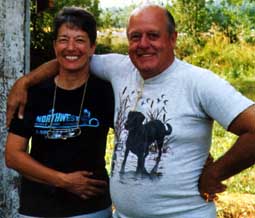 Grew up in the Palisades. Married in 1966 and later divorced. I have two sons, Dan and Jeremy, from that first marriage. Worked a gamut of diverse jobs over 2+ decades before finding what really worked for me. Now, with soul-mate Bonnie Davis, I live in Elmira, Oregon where we are self-employed... dealing in vintage paper collectibles, doing shows, internet sales on EBAY and have our own website. Pretty bland, but it's the stuff in-between that makes for "The Rest Of The Story". For those of you with nothing better to do, the powers who manage the Vagabond's website have given me free-reign to put together a biography ("The more the better", they say). So... at the possible expense of overkill... here goes.

My earliest recollections are of growing up in Huntington Palisades where, on the homefront, my dad was a neighborhood warden during the blackout days of WWII. In 1950 we moved to 666 Erskine Dr., a house he designed and built overlooking that portion of Temescal Canyon formerly known as the Tom Conway property, and which later became (Gasp!) the football field of PaliHi! Had kind of a Tom Sawyer-like childhood, roaming the canyon and the Marquez hills. Used to hike through the Presbyterian Confrence Grounds and up the fireroad, exploring the creek and the small caves that pocked the sandstone formations of the Santa Monica Mountains. That lasted until I discovered girls and cars at16! Somewhere in there I learned to dance at a Cotillion held at the Uplifter's Club in Santa Monica Canyon. During high school I hung-out with Hal Stein, Tom Kelsey (can anyone help us find him?), Bob Covert, Mike Keele and Jeb Sherry, among others who've regrettably faded into CRS. We often ate lunch at Jeb's Drive-In a block north of Uni. I still yearn for those incredible Hot Pastrami sandwiches on hand-dipped french rolls... an incredible $ .59! One winter it snowed heavily up on Mulholland Drive. Hal, Tom, Bob and I all cut classes and spent the day frolicking (and getting our cars stuck) in the snow. Attendance must have stunk that day, as we weren't the only ones by a long shot! Closer to home, the four of us were charter (only?) members of the "Blob Beach Bodysurfer's Athletic Club", under the tutilage of long-time beach bum and L.A. lifeguard, Chuck King. We hung-out on the beach immediately below what became the 1957 landslide just north of Santa Monica Canyon, and always made our first swim of the day in scratchy old 1920's, wool, full-torso, bathing suits we'd found in a second-hand store in Santa Monica. These were soon shed to reveal trunks underneath, better suited to cultivate the requisite tans which more recently have reappeared as not-so-fashionable bumps, spots and whatever. Ah, Sweet Bird of Youth! 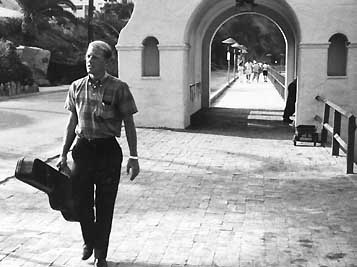 Upon graduation from Uni, I continued at SMCC, UCLA and finally USC where I graduated A.B. & M.S. in Bacteriology in 1966. Summers during this period were spent teaching swimming (May/June), and cavorting around Avalon, Catalina Island (July/August). While at USC, I did some folk music gigs singing and playing guitar, and was accompaniest to Gary Philp, a dramatic storyteller. We did shows at LA basin colleges, the Troubadour and the Ashgrove, among others.  After USC I went to work for Hyland Laboratories, a pharmaceutical company in Glendale. Looking back, I probably had Attention Defecit Disorder during my school years (though nobody knew what to call it in those days). I just remember that all my report cards from grammar school on said "Doesn't Pay Attention"! This seems to have continued to follow me into adulthood. After 4 years with Hyland, in which I felt stifled and pigeonholed to the extreme, I changed jobs twice more in rapid succession. Frustrated with corporate life, I started my own business selling organic produce, and named it "Strawberry Fields Forever". Begun off the back of my pickup in Topanga Canyon, it grew into a both a wholesale 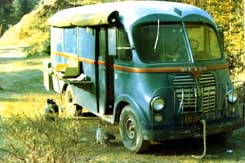 (health food stores & restaurants) and retail business, operating out of a storefront on the Venice boardwalk at the foot of Rose Ave., just south of P.O.P.

By 1973 a severe case of wanderlust, compounded by the growing population pressures in the L.A. area, drove me on a 6-month odyssey, in an ancient converted laundry van with eyebrows (see pic), through the Pacific Northwest to find a new home.

I ended up settling in Roseburg, OR where I landed a job teaching Biological Sciences and Chemistry at Umpqua Community College. During this period I started two other short-lived businesses on the side.... fishing guide/fly-tyer and dealing in SW Native American jewelry, both done primarily during the summers when 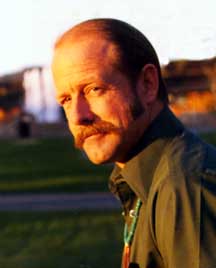 I wasn't teaching. Still chafing at confinement, politics and control, I left that job in 1977 and got my real estate license. BINGO! Found that I had a talent for selling (Hello, Mac - We're making progress here!). Over the next 10 years I sold many things, always on straight commission. Almost all of these jobs were "outside sales"... ranging from long-life lightbulbs to commercial and industrial users, industrial chemicals, moving and storage, and the only straight retail job I ever had, selling Macintosh computers.

In 1987 my younger boy, Jeremy, went into the Army, ultimately serving in Korea and Desert Storm, and leaving single-dad flapping in the wind. Since I was between jobs that fall, I decided to travel for a while. I spent that winter in Puerto Vallarta, living in my Class-C motorhome, eventually drifting north as the cash reserves began to dwindle. I ended up in Tucson, AZ, selling roofing and siding to mobil-home owners in the massive snowbird market there. The fall of 1988 Bonnie and I met at a square dance. She, having been rudely uprooted from Wisconsin at age 8, and having become over-parched during the ensuing 30 years in the desert, 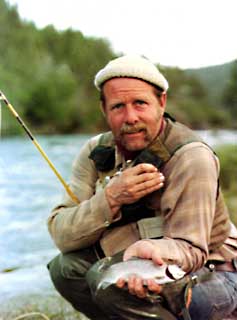 this lovely being apparently had become a bit addled by the sun as well... for a few months after we met she agreed to accompany me on my continuing sojourn. We spent the better part of a year seeing the sights, weaving our way through eleven western states, British Columbia, and western Mexico. Living in the close confines of that 8-foot by 20-foot space was either going to uncover all our flaws or forge a strong relationship. It actually did both and the relationship survived anyway! The real purpose of the trip was to find a place where both of us though we'd be happy living. Anything green looked great to Bonnie, and along with it's mild climate, she decided that she liked Oregon as well as I did, so we returned in the spring of 1990 and settled in Eugene.

I went back into sales again, and Bonnie worked in data-entry for a group of pathologists. Still searching for greater autonomy, I also began my 4th business, selling collectibles we gleaned from garage sales and networking with friends. Part-time for the first year or so, I went full-time in mid-1991, with Bonnie following me in 1994. Responding to what worked and what didn't, we kept amending our merchandise mix until we finally found our niche in vintage paper (prints, books, postcards, magazines, photographs, sheet music, calendars and other collectibles either printed on or crafted of paper.) The business named

Prints-n-Ephemera.com, now does some 6-7 shows a year in Oregon, in addition to online sales through our website and on EBAY, where our stuff is listed under the user-name "Mackie-Paper". 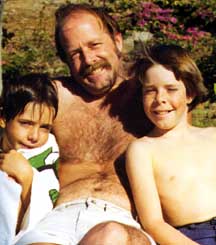 Getting to family,   my two boys were born in 1968 and 1969. Daniel, the older of the two, resides in San Francisco where he works as a recruiter for "Fast People", a headhunting company specializing in the technology area. Jeremy has just begun the second phase of his medical training. Having finished the Osteopathy curriculum at Kirksville, MO last June, he is now getting his clinical training at a teaching hospital in Denver. Though the studies still occupy the majority of his time, he and his wife, Diane, still find time to ski that wonderful Colorado powder. When time allows, both my sons share my love of flyfishing and the outdoors. For anyone who wishes to connect with either of my two scions, Dan can be reached via e-mail at: lilducke@pacbell.com, and Jer will be found at: eyesrus@home.com. 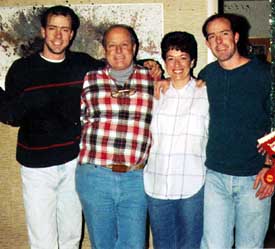 Bonnie and I live with our dog and two cats on 4-acres nestled in a tight loop of the Long Tom River, on the inland slope of the Coast Range about 20 miles west of Eugene. There, but for the 6 weeks a year we're off doing a show somewhere, we lead a rather leisurely life, tending to online sales, scouting for and buying suitable material for our business, and growing stuff. Her stuff consists of flowers, while my passion involves a half-acre orchard and vegetable garden. Each fall we freeze, dry and can the produce away, that pretty-well supplying us in those departments year-round. In addition to the above, Bonnie likes to do needlework, and I still enjoy flyfishing. We also love to have company. Old friends or new are always welcome at "Oxbow on the Long Tom River", as we've fondly dubbed our little piece of paradise. Just drop us an e-mail when you find you'll be in the area.

Whew! If you made it through all that, you deserve a medal!

If any of you remember that somewhat geeky, skinny kid who sat on the steps overlooking Girls Field at lunchtime, I'd love to hear from you.

My e-mail address is: mackie279@continet.com.

We look forward to being able to attend the next reunion!